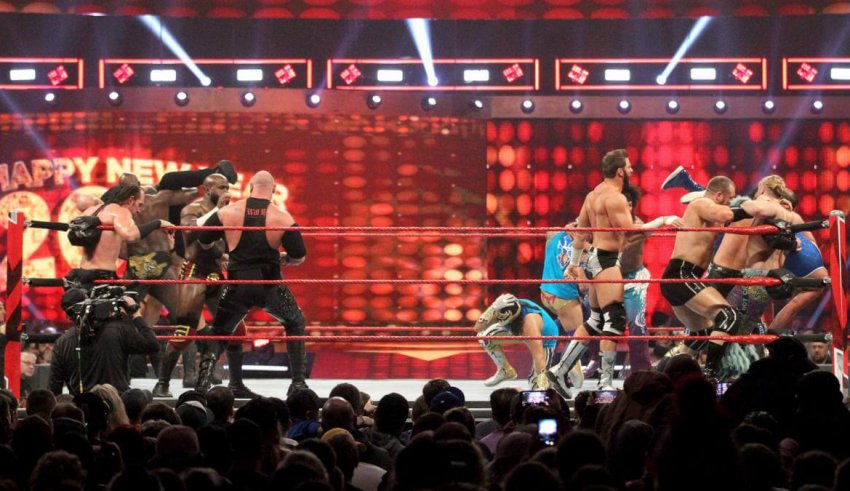 The Road to WrestleMania has Begun.  The first PPV of the year is on the way. Royal Rumble is always an exciting event and this year is no different. Championships would be on the line, and 30 men and 30 women would try to topple everyone over the rope to book their seat in the main event of WrestleMania. On top of that get ready to be surprised by unannounced Rumble entrants who will bring back nostalgia and future potential.

The arena chosen for this year Rumble is none other than chase field in Phoenix, Arizona.

Although WWE royal rumble 2019 tickets are sold out on various outlets. You can still look around the internet for tickets like vivid seats, Ticketmaster, etc. However, be quick otherwise you miss out on the most entertaining PPV of the year.

This would be the 32nd Royal Rumble, and it has some nasty match up. The complete detail for WWE Royal Rumble 2019 matches are:

This is one of the most balanced Royal Rumble Ever. It is very difficult to call any winners. However, let’s give it a shot.

The Cruiserweight title is fought between “Buddy Murphy (c) vs. Kalisto vs. Akira Tozawa vs. TBA”. This is a fatal four way and doesn’t be surprised if you saw the high flying Kalisto winning the belt at the end. In the SmackDown Women’s Championship, Asuka will be defending her championship. I am sure she would defeat anyone to highlight WrestleMania this year.

In the WWE Championship Match, we have a dream match between Daniel Bryan and AJ Styles. This could be one hell of a match with both liking to be air-borne. Although I like Daniel Bryan, I think AJ Styles would be the victor in this one. Now comes the battle of monster, for the WWE Universal Championship Match, Brock Lesnar will fight against Braun Strowman. Although Strowman is a beast, I would still back Brock for this one for his experience.

Now let me give you something to chew on WWE royal rumble 2019 spoilers. First and foremost, R-Truth even though entering at number 30 will not be winning it. Seth Rollins and Drew McIntyre are rumored to have a significant impact in the Rumble. Becky Lynch and Carmella are the number one and number two position to win according to the bookies.

However, according to some source, WWE royal rumble 2019 rumors sees Charlotte winning the Women’s Rumble and John Cena winning the Men’s one. The Undertaker will make a special guest appearance during the PPV. Another rumored Rumble entrant is the electrifying EC3.

With the most coveted number, 30 spots already revealed, be ready to blown away. WWE surely have a trick up his sleeves. Obviously, we would have a Kofi Kingston moment, high flying between AJ Styles and Daniel Bryan and a monster moment between Lesnar and Strowman. However be ready to see any of the McMahon family members in the ring.