Home Top 10 Top 10 Unusual Foods Eaten By The People On The Earth. 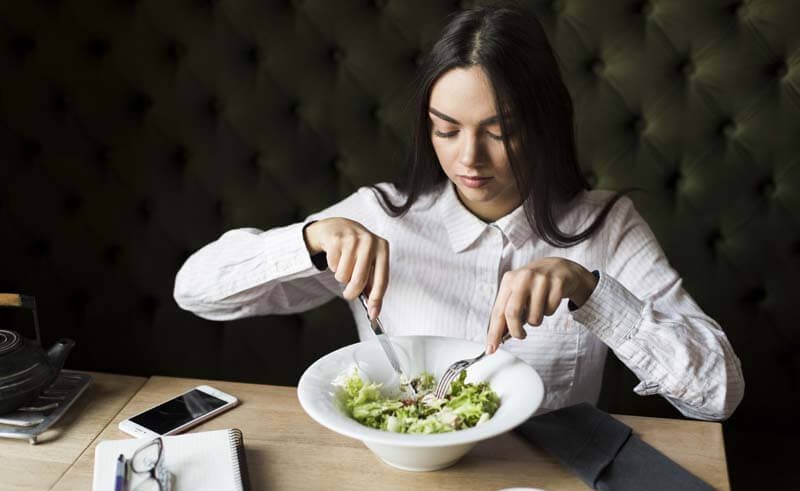 Innovation is such a process that has not left anything untouched, even if it is the power supply for humans, i.e., food. Today food is not just a necessity to satisfy your hunger; rather it has very well combined with great creativity. The variety of food available today is not only different but is extremely unusual foods and bizarre foods.

These foods are many in numbers, but people can find the top 10 most bizarre unusual foods in this particular following list. 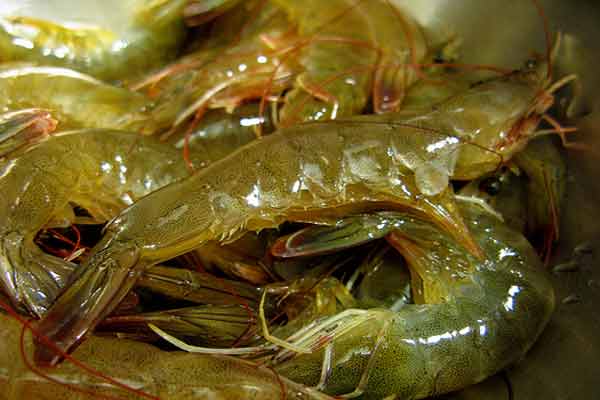 Have you ever seen the shrimps drunk? Well if you have not seen that then definitely you can get a chance of the same if you are somewhere in China. Not only see them drunk, but you can consume the drunken shrimps because apparently, it is a kind of dish there.

The Drunken friends are raw prawns that are very much alive and intoxicated. They are downed into the liquors until they lose it. Then they are eaten alive just like that. Eating the raw shrimps, soaked in alcohol may seem somewhat weird, but this is taken as a delicacy in China. 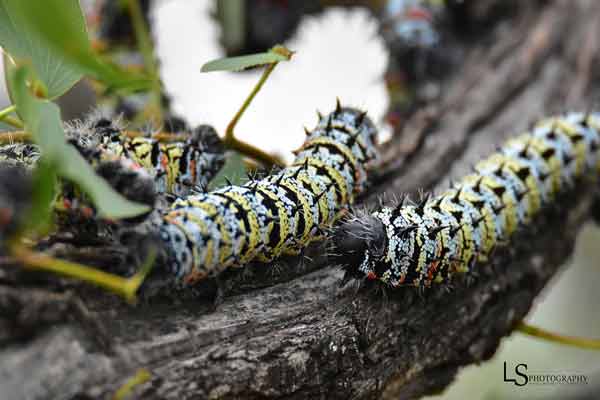 The mopane is nothing other than large squishy caterpillars. These particular caterpillars are named as mopane because of the reason that they are found on the mopane trees.

These caterpillars are present in the region of Africa. People usually dry the mopanes before, and then consume it in different ways, both raw and processed. They can be quickly granted as a snack item and can also be termed as one of the most protein enriched food that people can come around with. But that surely doesn’t change the fact that it is downright weird and bizarre. 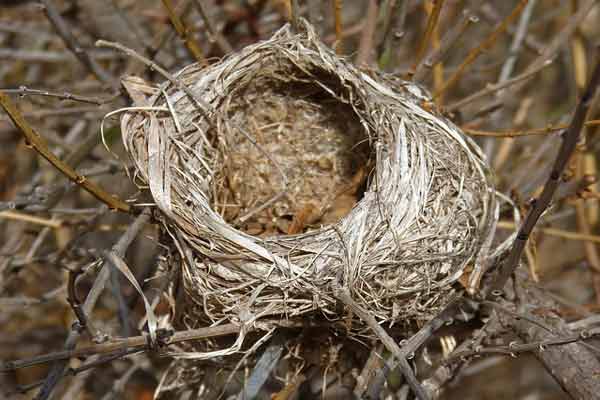 How would you feel if somebody eats up your house? Not good right? But then we successfully manage to accomplish this. The bird’s nest soup can be considered a delicacy in China and not to forget it is quite costly.

This particular thing is made out of the flying bird’s nest. Though it is extremely right that this particular nest is not supposed to be cooked at all, yes nowadays this can be found as fried also.

It can be easily considered as one of the most exotic dishes in China. 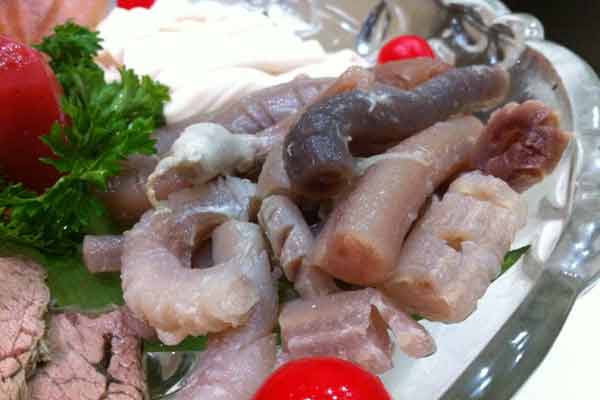 Sounds not only weird but also yucky at times, right? But isn’t this article all about the strange and unusual foods? Well yes, the yak penis is again one of the most outstanding delicacies of China. This particular thing is very famously found in Beijing and is considered as healthy by most of the Chinese people.

They can also at times go to a level of comparing the same with spinach. 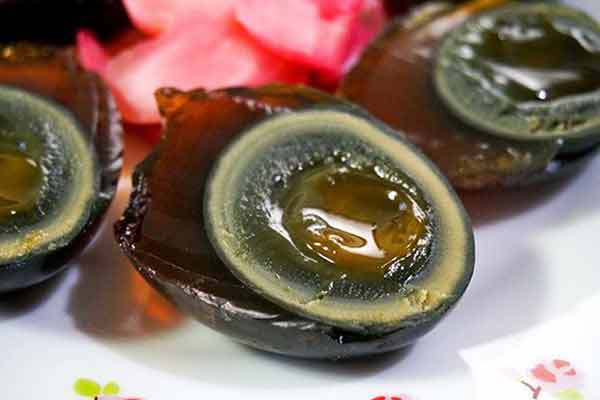 Another strange and weird food from the regions of China is this. This particular thing is something that no one anywhere else in the world can even imagine consuming.

People hardly can give a thought about a 2-day old rotten egg, whereas this particular egg is rotten to the extent of a hundred years. Yes, the century egg is a rotten egg that can be very well found unpleasant under the ground for about a century. 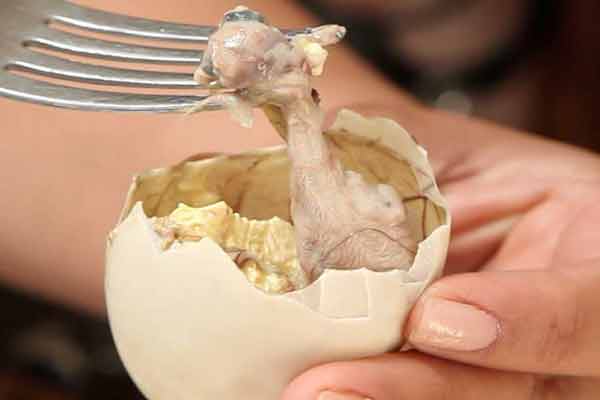 This is something that is not only weird and unusual foods but also extremely disheartening by nature. A very famous south Asian dish, the balut is a duck embryo. Now it is not any normal egg, but practically it is an already half grown duckling in the egg that is boiled alive in the embryo covering itself.

It is served to the guests like that only. And this is probably the exact reason why the Balut means wrapped. 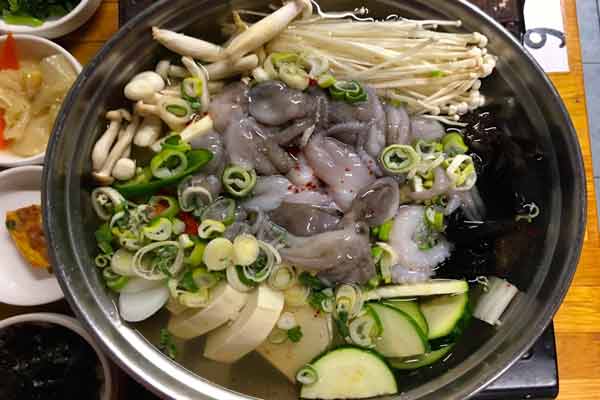 If you want to have a near to death experience while eating food then definitely this is one dish that is meant for you. The Nakji is one of the Octopus dishes that are available around the world.

The weird part about this particular recipe is that the octopus is served alive and as a whole. The Octopus once served active can be life-threatening. It is simply because of they tend to choke the food pipe or the tongue, or they choke the person till they die in most of the cases if they get hold of your internal systems with their tentacles. People do not seem to get over this particular dish. 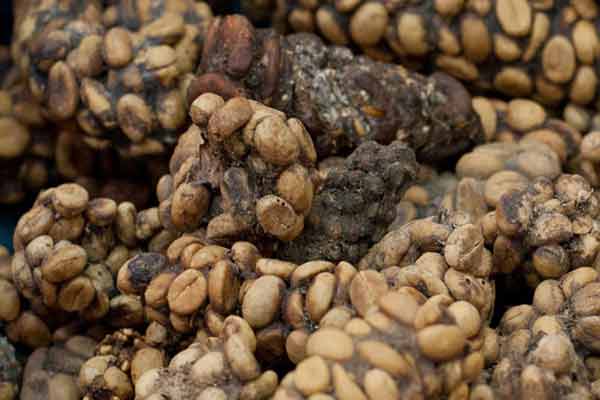 Are you a caffeine fan? If you are then definitely, this particular thing will make you lose all your interest in the name of coffee. Yes, the kopi luwak is considered as one of the most expensive coffees that people can come around with.

But then once people come to know that’s how the coffee beans are processed then definitely most of the crowd is going to lose all their interests in the very same. The kopi luwak is the defecated berry beans of coffee. The civets are known to eat up the coffee bean seeds and then defecate the same. 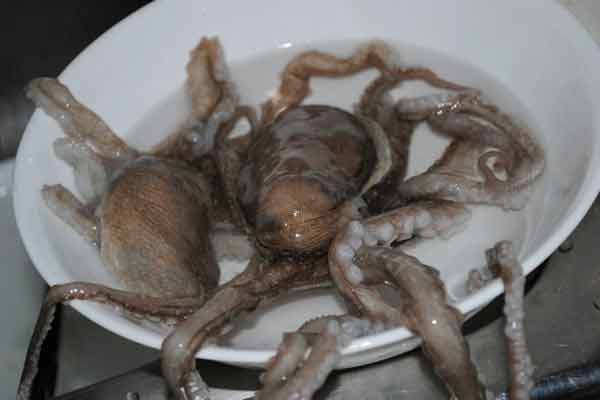 Again this is an Octopus dish but with a twist. This particular octopus is also alive but can be well considered as half alive because they are cut into pieces when they are served. Consider it as taking care of not getting choked on your dinner. 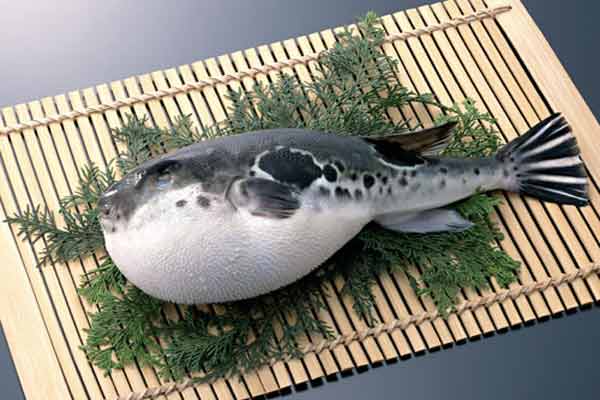 This particular fish can be regarded as one of the most poisonous and dangerous fish in the entire world. It can kill you without even letting you get the chance of consuming the second bite. People eat the very same but only if a much-trained chef prepare the same. People preparing Fugu can be considered illegal in Japan if they are not exceptionally trained only in developing the Fugu fish.

This list of weird foods can make a person understand how much desperate a foodie can be when it comes to the creative concept of food.