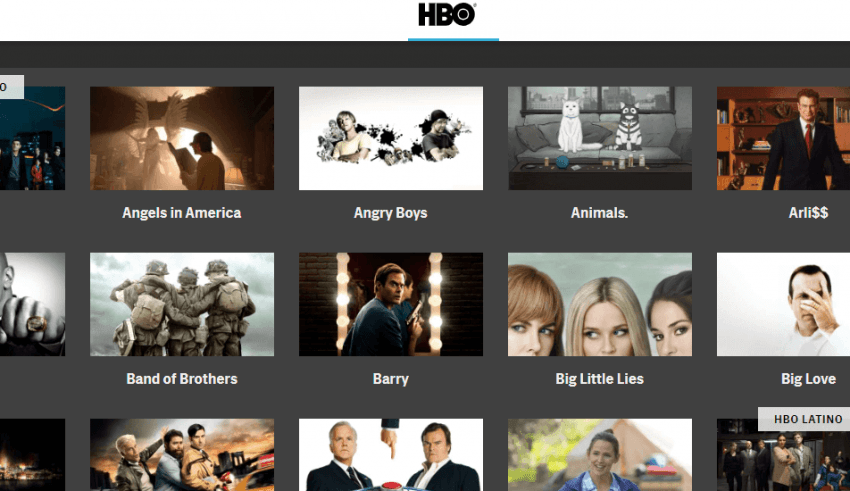 Television has changed and redesigned the way we live our lives.  With amazing stories and breathtaking plots to be told, HBO Television has kept its commitment of being one of longest television program services in America and spreading to the rest of the world as well.

It has inspired other companies, and despite the digital era, it has survived and adapted to the times, delivering the right kind of product that entertains and intrigues the viewers. With original content, star power, gritty storylines, and beautiful background score, these TV shows are still very relevant and popular with millions of viewers and fans being added to the family every few seconds.

While people will be intrigued by Netflix, the loyal subscribers of HBO Television have stuck to their guns and allowed themselves to enjoy their prime time television with good quality shows.  And in this era of 2018, here are the top 10 popular TV Series produced in HBO, which have been shown to be the most popular amongst the people:-

No TV show has stirred our imagination and captured our desires as much as Game of Thrones.  The story of kings and queens, kingdoms and monsters has definitely intrigued us. The intricate and complex plot, the twists and turns on sudden episodes has made it deserving of one of the topmost stars of TV.  With countless fans worldwide and with its unpredictable plot, Game of Thrones certainly deserves a grand ovation for its creation and depiction.

Westworld is a fantasy that turns reality into a nightmare and shows the grim nature of humans.  Westworld is an amazing story set in a neo-urban world. The story of the man and his desire for pleasure, depicted in the middle of a modern western world style theme park, has captured the minds and hearts of many viewers.

Talk about all the complex themes of AI,  humanity, greed, danger and conflicting themes of morality has gotten everybody enjoying it to come back watching it for more. A storyline that progresses slowly but definitely into the compulsively darker plot and brings out the grey side of all the heroes has gotten everyone hooked.

A homely plot about two women’s friendship has taken a darker turn and becomes a complicated plot about friendship, trust, lies and so much more.  Throw in a murder in the commonplace setting of a sleepy town, and you get the gist. Big little lies have captured the imagination of many viewers and have gotten them hooked on for more.  It is definitely one of the most promising TV shows in the drama category and is doing quite well so far.

Yes, yes, we know what you are thinking.  And you are not wrong. The Sopranos did end a couple of years ago and not exactly continuing into 2018. However, their fan base has into continued into this year and will continue later on as well.

This glorified crime drama has gotten many fans, and many continue to be joined as its viewership increased steadily a few years after its end. Talk about an HBO masterpiece and Sopranos will definitely get a mention among them.  After all, the guns and glory, as well as the dark storyline, were one of the best instances of good quality TV shows in an era when others were trying to recycle garbage.

To those who have watched it, they need no further introduction to the plot. And to those who haven’t yet, well you should definitely check them out.  HBO has got a very good rating on this TV show, and it has gotten a phenomenal and mind-boggling response. It too contributed to quite a large fan base and was extremely popular in its time and still continues to be now.

A tremulous drama released just this year and has already achieved a plethora of sublime compliments and many other critics, and popular acclamations keep pouring in. From the lead actress’ amazing acting and the gorgeous dark plot, Sharp Objects is not a series you can just skip by or avoid.  Placed in a small town where things start to happen, Sharp objects work with the subtle unrest and unease felt as you let back a known stranger right into your lives.

Life isn’t all easy and sunny in the land of promise.  And Silicon Valley gives an accurate description of how it is like to be working the city of IT, with all the computer experts, fixing problems and looking for the next big thing. Drama, comedy and dark satire all included in this amazing masterpiece has made it into one of the most tenuous series of television. Silicon Valley has indeed remained on HBO’s map long before any of the other blockbusters came out and has made its place with its good plot and bankable acting.

With an ensemble cast of Matthew McConaughey and the others, the True detective is definitely not a show to ignore or put aside.  Follow all its episodes into a darker trail and see into the minds of various psychopaths and killers and well the complexity of the detectives working the case.  It is a very realistic and gritty version of crime and detection and has kept its viewed hooked for all its episodes.

Another new series developed from HBO which has a lot of expectations is the Wire. With a good plot, a dramatic storyline, tensions will run high as the viewers are already hooked, and many more fans keep pouring in.

This series of HBO presents a very realistic tale about how Asian immigrants get attacked and harassed. Based on a night the protagonist doesn’t seem to remember, his life only seems to run downhill, and things start to get worse for him. Definitely, a nail-biting series to watch and enjoy!