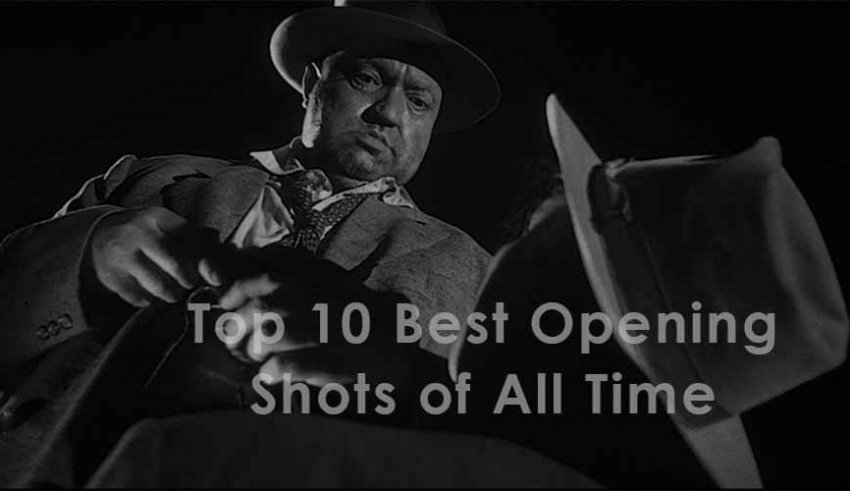 There are many movies which are slow and build the momentum as they go on. While others throw you into the story from the first shot, some just mesmerizing you with an epic landscape or have a hidden message which is revealed in the last shot which is exactly the same as the starting one.

Here are our picks of top 10 best opening shots of all time:

This is one of the classic westerns where the good guy doesn’t get to be with his loved ones at the end. The movie starts in a dark room and moves out of it to show us a majestic view and a woman in traditional dress which reminds us of that time and the movie ends with the same shot only time John Wayne is shown going away from the house.

Scorsese presents the audience a shot where De Niro is standing in the ring with his cloth, and you see him in slow motion working or dancing if you may. If you notice the background which is foggy and dark, it gives you an indication of the hero, and you are right in the mood for the flick.

A serene lush jungle is not a scene you are likely to see in a war movie. Hence the calmness is disturbed by the sound of slow-moving helicopters and its blades. The tracking shot signals the start of a war, and soon the forest is obliterated, and there is fire everywhere. Just the scene you need to describe war and the give them the taste of things to come.

A space epic which starts with a chase and the most humongous ship ever. You start supporting the little guy even without a character or a lot just stunning visuals and amazing sound.

Every film uses tracking, but this tracking short is so epic that it covers the entire span of time and space and making us feel insignificant. 4170 consecutive frames of CGI required for this intro shot, a record for the time and still stun the viewers.

This shot doesn’t contain any CGI, beautiful landscape, outer space. It is a tracking shot of our brain which ends with the protagonist face and his state which is reminiscent of the ending shot and sets you up for the big fuck up.

This is an unusual pick for the list. But a sideways moving camera taking the shot of a normal scene doesn’t peek interest. Until it cuts and you see the whole setup is for a movie within a movie. Brilliantly revealing the boring aspect of the film.

A group of Chinese people sitting on the round table in a brothel and the camera moves around back and forth for nine minutes. Just seeing them talk for nine straight minutes glues you to the scene.

A shot which opens up on a movie set but is self-aware and comments on itself and its industry while simultaneously setting up the entirety of the plot beautifully.

The king of long shot Welles apply his familiar noir stylings in a scene where a bomb is set off, and our heroes do everything to stop it, and the viewers anxiously wait for it to go off. This was a masterpiece, but the movie got botched in post-production, and the film didn’t do well.

These are the top 10 opening shots of all time. If you have any film which we miss out. Comment them down below.