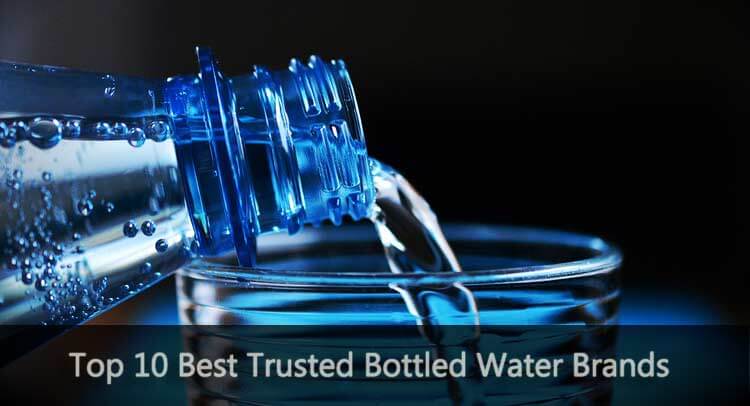 I am going to tell you about the best bottled water brands which are most popular in the world. The Mother Earth has its three-fourth area with water. But with passing time, this quickly available natural resource is getting contaminated with an increased amount of pollution. To provide proper drinking water, now many companies all over the world are introducing bottled water.

Initially, only safety was the only prime thing that was taken care of. But now many of the brands are adding up minerals to correct the taste of the water also. I have listed 10 best bottled water brands. It’s the most popular all over the world. Here are the top brands,

Some brands are coming up with the production of bottled water. Among those many, these above mentioned can be claimed to be the top 10 best trusted bottled water brands available. 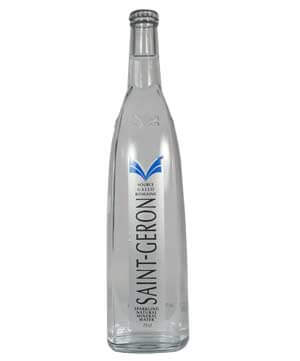 Many have claimed Saint Geron to be “the queen of mineral waters,” as it has its sources from the ancient spring of Auvergne region in France. The brand makes sure that the water packed in the bottles is free from all possible contaminants such as nitrates and bacteria.

Also, the water is found abundant in some minerals such as magnesium and calcium. This is the reason water from the brand Saint Geron is taken to be great for various ailments such as diabetes, digestive issues and even for major problems such as anaemia and others. The water is packed in glass bottled that is elegantly designed by Alberto Bali.

The pH is 6; the quality is a bit low with being acidic, with high mineral content and very hard. It is not so popular.  The price differs in the quantity you buy 10$ when you buy 12 bottles. 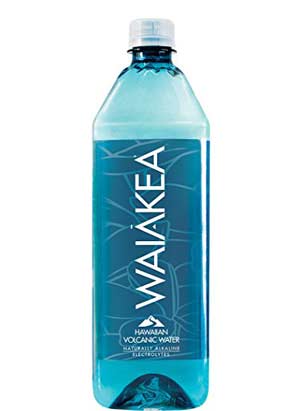 The water from this brand is taken from Mauna Loa peak that is known to be the biggest subaerial volcano in the world. Due to the volcanic rocks that are porous, the water derived from here is naturally cleaned. However, still, the water is again filtered many times before packing.

Waiakea is known to be a Hawaiian water brand that has carbon neutral water. The water in the packed in the bottles is alkaline, rich in necessary elements such as minerals and electrolytes and is also sweet in texture.

The water is a bit alkaline with 8.8 pH; it is enriched with minerals and electrolytes like magnesium, sodium, silica, potassium, and calcium. The price of 1 litre is 4$ and is quite popular. 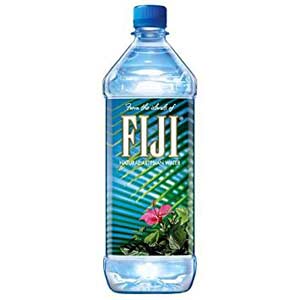 Fiji is a product of the Natural Waters of Viti Ltd that was established by David Gilmour in the year 1996. The water found in Fiji was soft in nature, high in mineral content and was an isolated water source and these all features convinced David to believe that it can be one of the purest forms of water on Earth.

Stewart and Lynda Resnick purchased the brand in the year 2004, and since then Fiji water became part of many of the leading hotels and restaurants all over the world.

This is electrolyte water with ancient rock used as a filter; the water has a pH of 7.3 (neutral).  This is very popular among user as the price is very cheap with one-litre bottle available only for 1.915$ at Amazon. 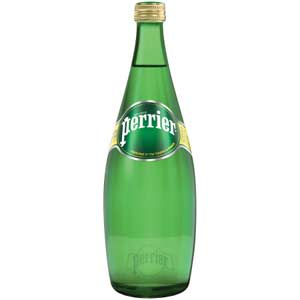 Perrier is again one of the most popular water brands that are consumed in over 130 countries by now. The clean and natural flavoured water is packed in glass bottles of light green.

Now also the brand has introduced much-flavoured water also in the market such as that of green apple, pink grapefruit, orange, lemon, lime, and others. Also along with the bottles, the water is also available in slim cans in many countries.

This is one of the most popular mineral water in the world as it is sold in over 150 countries. The pH is neutral, and the water contains only minerals salts and has very low sodium content. The price for a 1-litre bottle is 3.5$. 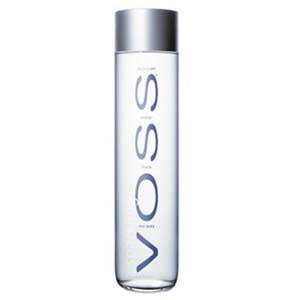 Voss produces sparkling water in both flavoured and non-flavoured form that is loved in many countries today. Southern Norway is the place from where Voss Artesian water is taken, and then the water is filtered to make it carbon free.

Along with being carbon-free, the water is also low in its mineral content and is a part of many of the restaurant chains and hotels in various parts of the world. Even now the brand is available in many of the retail stores.

This is one of the most expensive mineral’s water at present. This is because the water is filtered in an aquifer in Norway which gives the water a 5.5 pH, 0.1 g/l and 6g/l fluoride and sodium respectively. The price is 350$ per litre. 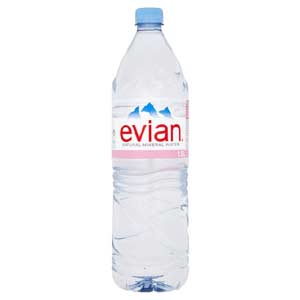 Evian is also one of the commonly known water brands around the world, and the water has its origin from the French Alp’s spring. It is said that in the 18th century, Marquis de Lessert drank the water from the spring and got rid of his kidney stones.

The French Academy Of Medicine has also claimed the water from the spring to be one of the healthiest water and has many medicinal benefits. Evian Water started getting marketed since the year 1930, primarily for babies, and now it is commonly known all over the world.

Water is slightly alkaline, with a pH of 8, but its electrolyte levels are at 3.9 Siemens per meter. It is very popular in Europe because of its mineral taste. Its price is about 6$ per litre if you buy more than four bottles at Amazon. 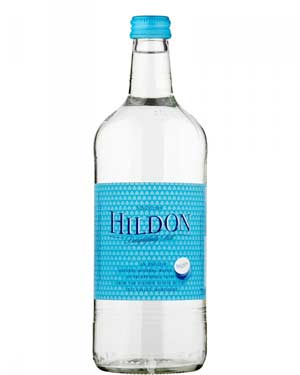 Hilton is one of the most prestigious bottled water brands in the UK. The water is collected from the underground aquifer that is situated at the Hilton Estate. The water in this aquifer comes from the rain and is naturally cleaned by the chalk hills here.

The chalk hills not only naturally purify the water but also increases the level of calcium in it. This is the reason why not much chemical treatment is required for the water before bottling it. The brand brings in both sprinkling as well as non-sprinkling water. Thus, it is also taken as the best alternative for drinking wines besides dishes.

Water is slightly alkaline, with a pH of 8.2, but its electrolyte levels are at 3.5 Siemens per meter. It is not so popular among travellers because of its steep price around the world. It’s has a minimum price of 150$ around the world. 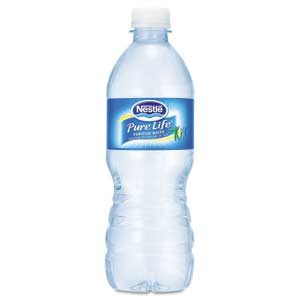 The name PureLife is from the brand Nestle is at present known to be the highest producer of baby products, cereals, confectionaries and also water. Nestle has 64 different brands of bottled water all over the world. Some of the prominent brands apart from PureLife that can be named are Deer Park, Aqua Panna, Perrier, Waterline, and others.

The water of PureLife comes from the Aberfoyle Springs and is marketed to many places in Canada and United States after the filtration and bottling are done. The water passes through 12 steps where the water is filtered, and also minerals are added to the water.

This is one of the most popular water bottle brands ever; this is because of its neutral pH of 7.5. It has with no calories and no sweeteners with a light blend of minerals as it has a 12 step quality security. The price is less as well with 1.5$. 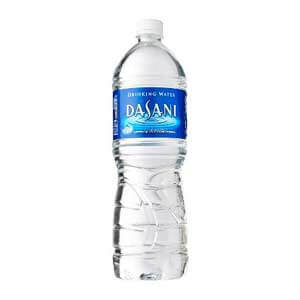 Dasani is a product from the brand Coca-Cola that has been producing some of the most popular drinks such as Fanta, Georgia, and others. It started its venture in the year 1999 from the United States and soon also expanded to Canada.

Bottled water from Dasani is marketed in different parts of the world such as Mexico, Coahuila, Jalisco, Zacatecas, Nuevo Leon, and others. The brand has been already famous all over the world, and now it is still spreading its popularity in various other parts of the globe also slowly.

Water is slightly acidic, with a pH of 6.2, but its electrolyte levels are at 4.5 Siemens per meter. It is very popular in India because of its low cost. Its price is about 2$ per litre if you buy more than six bottles at Amazon. 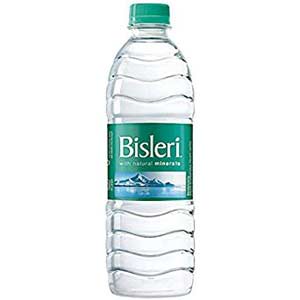 Bisleri is quite common and widespread in India for being one of the best mineral water available. Felice Bisleri started the Bisleri International Private Ltd first in Mumbai (India) and then at different parts of the country.

The brand originates from Italy, and the water is taken from the Angelica Springs in Nocera Umbra. Later on the Indian company, Parle bought the company and soon the company started expanding to other countries of the world such as the European places. Today, Bisleri produces not only mineral water but also soda.

Water is neutral, with a pH of 7.2, and the closest any brand can come to trusted water it is very popular among traveller especially in the Indian Subcontinent. Its price is very cheap as low as 0.3$ in India for one litre.

Bottled water is becoming an essential part of lives, due to the increasing amount of pollution and contamination.