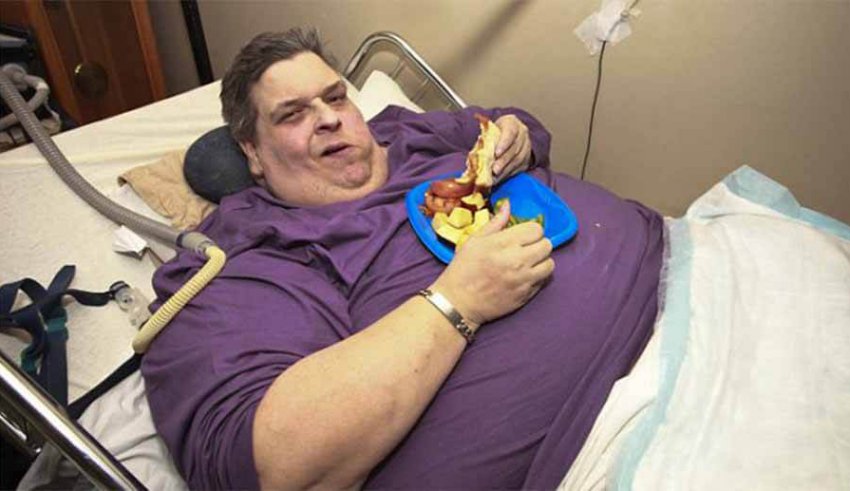 In our new series where we reveal extraordinary things in the lives of the world’s heaviest people. We now travel in the middle-east to meet KHALID BIN MOHSEN SHAARI, a Saudi Arabian man who was born on 28 February 1991. Let reveal some astonishing fact about his life which you should definitely know.

In August 2013, Khalid was found to be the heaviest person living and the second heaviest ever recorded behind Jon Brower Minnoch. He weighed 610 kg (1,340 lb) at the time and couldn’t do anything by himself.

Generally, middle age man weighs such high as they gain weight over a long time. This wasn’t the case with Khalid who was just 22 when he was declared the fattest man alive.

In 2013, Saudi King Abdullah ordered Khalid to come to his home and undergo treatment to help him reduce weight. His apartment was demolished, and he was airlifted to ‘Riyadh’ in King palace where he was given the treatment and couldn’t leave the palace for 2 years.

During the first six months of his treatment, Khalid lost a total of 320 kg (710 Ib). More than half of his weight was reduced by Saudi doctors. In 2016, it was reported he was seen walking with the help of a walker.