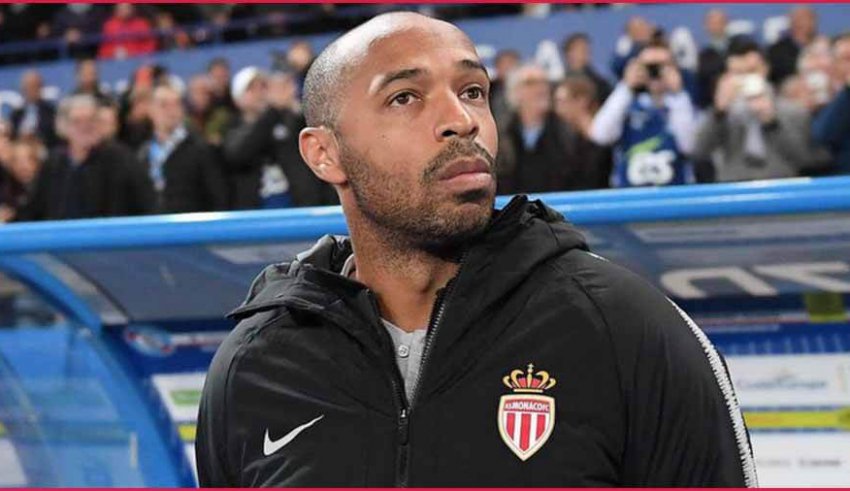 Monaco finally sacked Henry after a dismal performance by the ex-Arsenal man. The 41-year-old took control just for 20 games and won only four times. The 2017 Ligue 1 Champions had a horrendous run in the Champions League, Ligue 1 and domestic cup competitions.

Monaco sits second from bottom in Ligue 1 and has a goal difference of -36 can only see as a failure by the former Juventus and Barcelona forward.  It was a fairytale as Henry came through at Monaco as a youngster before moving to Italy.  Many of the UK betting experts marked this to be a successful move for betting before he took charge.

Henry had prior experience in management while working under Belgium boss Roberto Martinez. His reputation grew and was also tipped for the Arsenal job. Thankfully for Arsenal, they decided otherwise. According to rumours, Leonardo Jardim has a high chance of stepping back as coach.

After being sacked, Thierry Henry has spoken out about his dismissal as Monaco manager. In a message posted to his social media accounts, the striker thanked two people in particular for helping him land the coaching role at Monaco. One of whom has a strong association with Arsenal’s rivals Chelsea.

His message read “Although my time at this wonderful club wasn’t pleasant, I faced a lot of problems in my short terms but I enjoyed working here.

He thanks two people in his messages, Vadim Vasilyev [Monaco vice-president] and Michael Emenalo [director of football, ex-Chelsea]. Thierry Henry also mentioned the fans for their constant support and gave him such a warm reception during his tenure.

His message ended with “I sincerely hope that my successor will now take AS Monaco onto greater strengths and I wish them all the success for the future, starting with a win in the next game and lifting the cup and getting us back into European elite!”