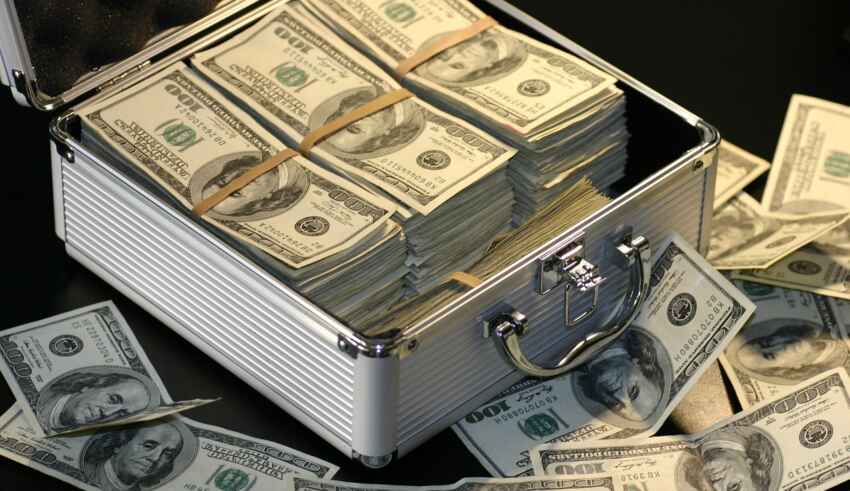 All over the world, millions of people are playing the lottery, with the game creating 5,500 multi-millionaires in the UK alone. With the right numbers and a dose of luck, many have been fortunate enough to win.

Winning the lottery is a life-changing experience, especially with such large prizes on offer, but some wins go beyond that and come armed with a great backstory to boot. From the man who escaped death seven times, to the husband who kept his winnings a secret from his wife, here are some of the craziest stories in the history of the draw.

One popular way of entering the lottery is through a syndicate, where groups of people pool their money together to buy as many tickets as they can afford. Then, if one of the players’ tickets happens to win, the prize is split between each group member according to how much they contributed.

A rising number of companies, such as Lotto Social, have begun allowing players to join syndicates online, doing all of the administrative work on their behalf, but a few years ago, these were mostly formed by friends, family and coworkers.

In 2013, a syndicate group of sixteen players won a cool $149 million between them. The lucky group, many of whom worked at the Ocean County Department of Vehicle Services in New Jersey,  were swiftly dubbed Ocean’s 16 by the media.

Each employee bought three tickets, giving the collective 48 chances of winning the jackpot. After hearing they had won, the group chartered a bus to the lottery headquarters in Trenton, New Jersey to get their lucky ticket validated. This huge win came at a desperate time for some of them, with Hurricane Sandy having recently destroyed their homes, so the money gave them the opportunity to comfortably rebuild their lives.

2. A web blunder loses a fortune

Edwina and David Nylan from Leicester thought they’d ended 2015 in the best way possible—as newly-minted lottery winners. However, disaster was just around the corner after the couple realised that the sale of their ticket had failed to process through the National Lottery app, leaving them ineligible for the £35 million jackpot.

Clearly devastated, the couple tried to claim their winnings from lottery operator Camelot Group but, frustratingly, the winning ticket was never registered as being purchased. The couple were found to have insufficient funds in their lottery account, which meant that, despite topping up, the transaction didn’t go through the system.

3. The nine lives of Frane Selak

After escaping death on seven separate occasions, including being on a train which crashed into a frozen river, surviving a plane crash which killed nineteen people, and walking away injury-free after being hit by a bus in 1995. Frane Selak was perhaps the world’s luckiest unluckiest man.

His near-death tales made him famous, but his legend peaked after he purchased a lottery ticket in 2003 and won $1 million—a much-deserved reward. Seven years on from striking it rich, Selak decided that money couldn’t buy him happiness, selling his luxury home, and giving his remaining winnings to his family and friends, in favour of a more frugal lifestyle.

4. Policeman splits winnings with a waitress

New York City policeman Robert Cunningham used to frequent a particular pizza parlour in his home city and built up such a rapport with its staff that, instead of tipping his waitress one night, he’d split a lottery ticket with her, and share the winnings equally if their numbers were drawn.

After each picking three numbers, Cunningham and waitress Phyllis Penzo thought nothing of it until they found themselves with an extra $6 million in the bank, making for the best tip of Penzo’s life. The story was so unlikely, it inspired the 1994 romantic comedy It Could Happen To You, starring Nicolas Cage as Cunningham.

5. Man who didn’t tell his wife he won

Back in 2007, Arnim Ramdass set up a lottery syndicate with seventeen of his fellow mechanics at American Airlines and managed to win a grand prize of $10.2million between them. After-tax, this netted each of them nearly half a million dollars.

So far, so lucky., Ramdass kept his win a secret from his wife, Donna Campbell, who only found out about her husband’s success after his behaviour became somewhat sneaky—he switched off their televisions and had their phone disconnected.

Campbell’s suspicion was further heightened when she found a postcard detailing the purchase of a new home and, after a quick Google search of his name, the secret was out. According to his colleagues, Ramdass took a leave of absence from work after his win, running off with his lottery prize.