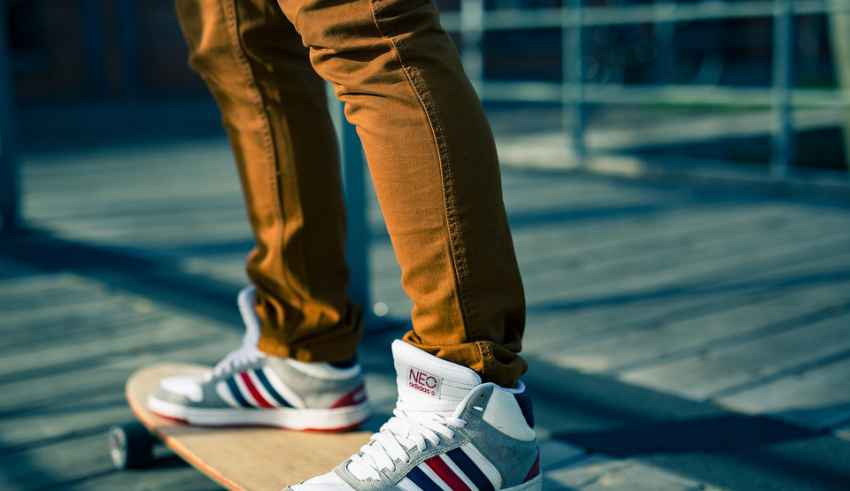 It was during the 2016 Paris Fashion Week when Dior Homme debuted its winter and fall collection by showcasing neon-lit skateboards.

The audience was pleasantly surprised to notice that the collection’s aesthetic theme augmented their glamorous clothing with some off-kilter skater vibe.

Paris Fashion Week, in reality, is just a small part of the complete fascination of the fashion world to the urbane and creative skateboarder.

There are some cultural products that are the exact opposite of skateboarding and high fashion. One is the counterculture that grew in the streets, and the other is the one dreamt by designers to form a part of the new terrain of style.

Despite the initial clash, these two were later on bound by an “unlikely marriage” and eventually reached an apex. Vogue was even fascinated by skating, to the point that they published an editorial called “Skate Week,” packed with mega-retailers, independent designers, and haute couture.

By this time, skateboards and runway models became the catwalk-standard fare. Surprisingly, the combination worked with late pro-skater Dylan Rieder modeling for DKNY and other pros like Eli Reed and Alex Olson running skater boutique brands concurrent with their skating careers.

The uproar against the Skateboarding Obsession

However, the fashion industry’s obsession was met with an uproar later on. There were numerous allegations and complaints about copyright infringement, with the skateboarders’ community clamoring against the “appropriation” of the skater culture.

One brand that has acquired an enormous following is Thrasher clothing. It was founded in 1981, but they made it to the headlines in 2016 when Rihanna and Justin Bieber were photographed wearing their t-shirts.

Thrasher editor Jake Phelps’ comment on this was taken out of context as he was originally reported to be against the two celebrities wearing Thrasher clothing.

Phelps later clarified the issue as he explained that Rihanna and Justin Bieber might have bought the shirts, even if they don’t recognize the brand because these were stylish.

History of being an Outcast

Skaters are said to have a history of being outcasts, which is why skaters find it ironic that everyone suddenly wants to jump on the bandwagon.

The use of skating iconography has left several feuds and legal disputes among retailers and fashion designers.

Jim Philips, a famous Californian skater/surfer and graphic designer for Santa Cruz, had a prolonged legal dispute with Jeremy Scott over alleged stolen graphics. This led to Scott apologizing to Santa Cruz and destroying all garments bearing the infringed designs.

With this, they attributed the sport’s fame as the main reason why it seeped into the glamorous world of fashion. After all, Adidas, Nike, and other perennial brands have been the main sponsors of skateboarders for many years now.

Many predict that the love affair between high fashion and skateboarding will fizzle later on. According to them, it’s trend-driven, and the fashion industry can’t hold on and stick with one style for too long.  People who seriously love fashion quickly move on.

For Thrasher, regardless of whether high-fashion will have a change of heart, it will always remain loyal to skaters and the skating community.