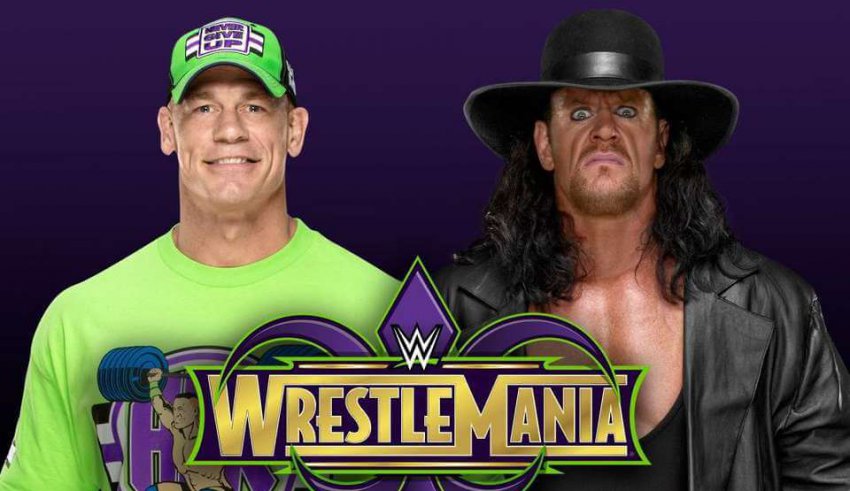 Rumors were already spread that the dead man, The Undertaker would come back to the rink to accomplish his last wish and a last unmet challenge of John Cena.

Undertaker always wanted to have a one-on-one match with the John Cena. It was expected that it was going to happen in WrestleMania 33. But at the end moment, Roman Reign changed the face of the scenario.

All people were very excited about the last episode of Monday Night Raw before WrestleMania as The Undertaker is expected to respond to former John Cena’s challenge.

Also, Read: Expert Says There is no Difference Between Movie and WWE Smackdown

It was expected that it was going to huge melodrama and excitement in the ring. John Cena literally shouted the open challenge for The Undertaker. The WWE Universe, however, was left dumbfounded as “The Deadman” did not dish out any form of acknowledgment that he will meet Cena at the mega event, Apr. 8, at New Orleans, Louisiana.

John Cena shared on Twitter his challenge in the ring to get the response from Undertaker:

Also, Read: WWE is Fake or Real: Check the Hidden Facts About Wrestling

“He said he all he could…and still no [email protected] will see YOU, the @WWEUniverse, THIS SUNDAY at #WrestleMania!” said WWE Universe.

Expectations are at the height of Everest

There is a huge history of Undertaker and he was the prominent wrestler and center of attraction till now. He also maintained a legendary streak of 21-0 which was broke by Broke Lesnar in the WrestleMania 30, in 2014.

The very next year, Undertaker appeared from nowhere and broke the streak of Broke Lesnar that which was 22-0. At last year’s WrestleMania, Undertaker returned was defeated by Roman Reigns in a match that was perceived as his in-ring retirement.

Also, Read: Is WWE Real or Fake?- What is the truth behind this wrestling?

So, no matter whatever the case, Undertaker presence in the ring always dominated the audience. And he made secret entries and approaches so many times, that this time excitement of his possible return is very high. Even, there are rumors but the audience is still crazy about the mere fact of his return.