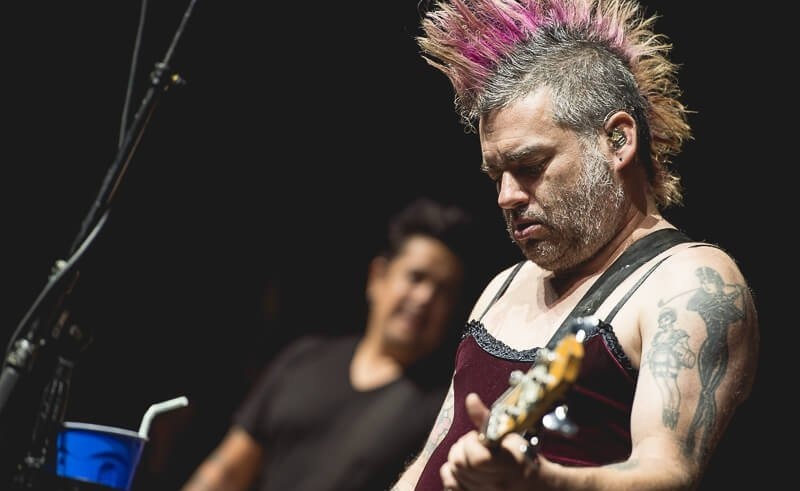 We have all heard of jokes, be they casual, satirical, comedic, funny, etc…Everyone makes jokes, especially celebrities; however, there is a time and a place for jokes.

There are times when people, especially celebrities poke fun at events that are anything but funny, and this results in a tarnished reputation and decreased fan following for them.

You may think that these events are very rare, but they are more common than you would think. One such event occurred recently when the popular band NOFX made jokes about the recent Las Vegas shooting (which the audience did not find amusing) in a recent concert.

As mentioned earlier, fans at a Las Vegas country concert experienced a shooting episode which left 58 people dead.  The lead singer of NOFX made crude and satirical comments about this event stating that it didn’t matter if they were dead because they were just country fans.

At Mike is the lead singer of NOFX, and he crudely laughed while making this statement. The lead singer went onto state that there were no shootings at his concert even though the band played Muslim songs.  Americans tend to view Muslims and references to Muslim culture warily.

The band made the situation worse when the guitarist, Eric Melvin replied to these statements by saying, “I guess you get shot in Vegas only if you are in a country band.”

Such a response was crude, immature, and inappropriate. Apparently, the crowd agreed because they immediately booed the statement. Fat Mike made the situation even worse when he said, “I mean that sucked, but at least they were country fans and not punk rock fans.”

The band is currently paying the price through negative posts on Facebook, and negative tweets on Twitter.  They have lost many fans and one valuable beer sponsorship. Enough damage has been done even though the Music Festival’s founders Mark and Shawn Stern released a public apology which stated that the remarks about the shooting were not funny.

Everyone needs a filter when they talk, and this is especially true of public figures who are always in the limelight and under scrutiny.  The band leaders of NOFX appear to have forgotten this, and their omissions have cost them dearly in terms of fan following, popularity, and revenue!