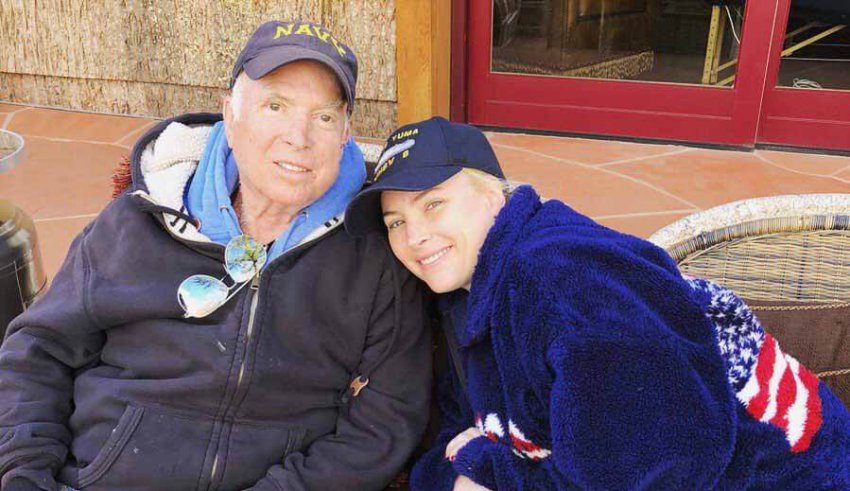 You heard that right, Meghan McCain’s relations with her father John McCain are currently strained because of the Sr. McCain’s zeal for politics despite his advanced age and rapidly deteriorating health. ‘Politics is life’ for the 81-year-old Congressman, and he can not abandon his political sense of duty to his nation, America.

However, his daughter, quite worried about his health feels that her dad should be making his current plans based on his current deteriorating health conditions!  This difference in opinions, attitudes, and thought patterns lead to a screaming match between Meghan and her father recently!

Going home to Arizona to be with my family – will be back on @TheView Monday. Thank you again to everyone for sending some much love and support to my father, it truly means a lot. And thank you for the compassion and understandin at this moment in time. ♥️

The senior McCain had surgery last July to remove a blood clot from his eye.  He was diagnosed with an aggressive form of cancer shortly afterward. He made a decision to fly to Arizona, his home state, from Washington D.C. to vote on the Republican attempt to repeal Obama Care.

That’s when the sparks flew between him and his daughter. Meghan felt that her dad should be resting and taking care of his health instead of zealously involving himself in politics!

The senior McCain told his daughter that politics mattered more to him than his health did because it was his life, but his daughter was worried that his brain cancer would lead him to hemorrhage to death on a plane, and this scared her to death.

She reportedly screamed at her father and told him that, as far as she was concerned, he was not going to get on a plane and vote on the new bill.  The senior McCain did not heed her and boarded the plane to make his vote which was later misinterpreted by his colleagues’ co-workers.

Both father and daughter have good intentions for each other and for their nation.  It remains to be seen if the senior McCain will listen to his daughter and take good care of his health instead of attempting the insurmountable task of ‘saving the politics of his nation!’