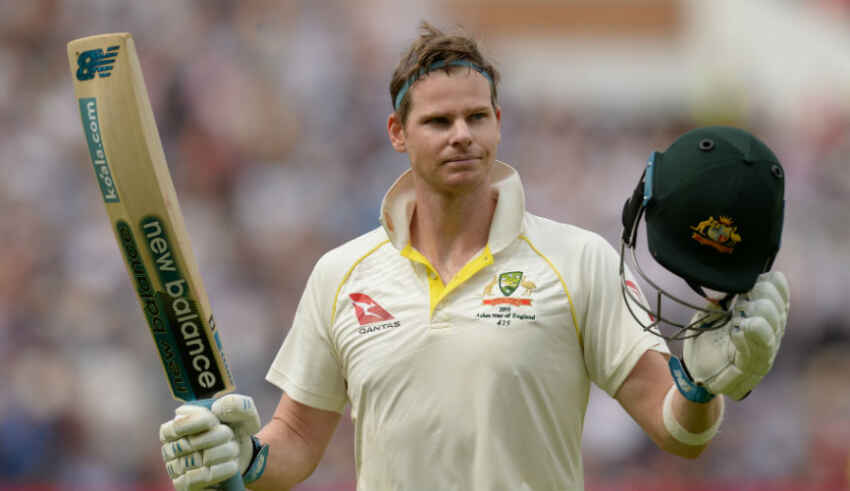 The exceptional performance of Steve Smith in Ashes 2019 has started rational discussions down under the Australian media. He returned after a ban of 12 months and snatched the top ranking from Indian captain Virat Kohli.

He is one of the top reasons why England failed at another attempt to regain the Ashes. Whether it was the captain Joe Root or other players from England, everyone had only one question in the mind.

How to get out Smith? Smith missed the third test, and England won the same. These are the reasons why the international digital media is branding him as a modern-day Bradman, especially after the double ton at Old Trafford. With a batting average of 99.94 in tests, Bradman has erased any chances of comparison.

However, if we look at the Smith’s batting feast in England, he appears as the next closest tormenter of international bowlers. With three centuries, Smith scored 774 runs at an average of 110.57, leaving Ben Stokes in the second position. Looking at the batting stats, Smith is ahead of many other great batsmen as well.

Let us look closely at his number to know what he has achieved and whether he can be considered as a modern Bradman of international cricket.

Smith has played 68 matches that is a significant number to be considered as a sample. The second best Virat averages 54.77, which is straight nine runs lower than Smith. If we compare the batting averages of the current top five test batsmen, you will understand why Smith is ranked number one batsman in the test cricket. Steve Smith – 64.56 (68 matches)

As you saw, the average test bracket is topped by Smith in the current era. Next comes the rate of hitting tons, and Smith excels in this department as well. He has 26 tons from 68 matches, which means he can score a hundred in every 2.61 games. Next comes the Indian captain Virat Kohli who hits a century at every 3.15 games.

Talking about Ashes 2019, three centuries recorded by Smith is the second-highest after Bradman’s five tons. Now, he has 11 Ashes tons, which are only superseded by Bradman (19) and Jack Hobbs (12).

Once again, for the record, Sachin Tendulkar used to hit a hundred at every 3.92 matches while the left-handed Lara scored a ton at every 3.85 games. The data says it all — Smith hast the best frequency of hitting a hundred, which is only comparable to Bradman. The second best in this department; Virat is a great test cricket player, but Smith is the best in the current era.

Smith achieved the milestone of 6, 000 test runs in 111 innings, which is second best after Bradman. Gary Sobers has also taken the same number of innings to reach these numbers. Kohli achieved the feat after 119 innings. Even the batting legends like Kumar Sangakkara, Sunil Gavaskar, and Viv Richards took 116, 117, and 120 innings, respectively.

Time spend on the pitch

Smith has been a great while and after reaching the record of 6, 000 runs. However, his potential is proved by the numbers of bowl faced each innings.

In test cricket, it’s one of the biggest challenges for a batsman to remain composed and calm while batting, and that’s where the Australian right-handed batsman is unique.

As we stated earlier, numbers and stats say everything about a player. Looking at the same, we can say that Smith is the best test batsman since Bradman. His numero uno ICC test ranking is another proof.

This post was written by Stewart Dixon, the admin of Cricket Betting Advice. Stewart is a cricket crazy fan. He loves to watch, analyze and write on cricket events.