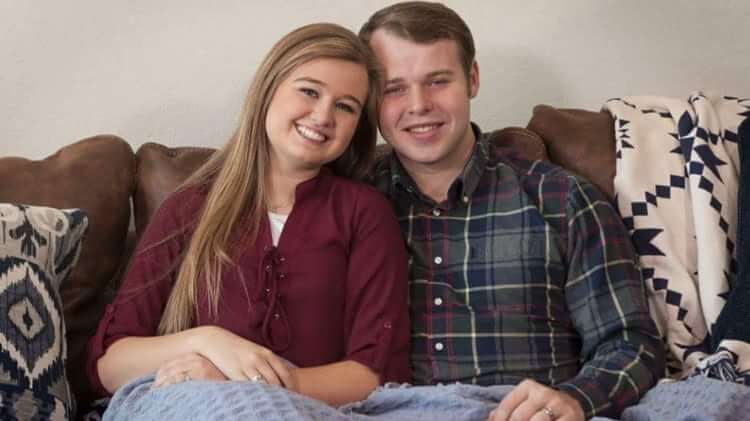 Joseph Duggar, the star of the reality TV show, ‘counting on’ and the seventh Child of Jim Bob Duggar and Michelle Duggar of the TV show ‘19 kids and counting’,  had a beautiful wedding in September last year with Kendra Caldwell. Let’s have a look on what the young couple is up to now?

Both the families of the couple were good friends and when they found out that Joseph and Kendra wanted to be together, they readily welcomed the great news.

The young couple’s courtship, proposal, wedding, bachelor and bachelorette parties and honeymoon all have been covered through the TLC program.

Joseph was 22 years old and Kendra 18 years when they fell in love. He proposed to his lovely girlfriend in 2017 May at Joseph’s sister Joy-Anna’s wedding ceremony.

Joseph Duggar in an interview had revealed that he had felt an instant connection as soon as he met Kendra in church. Since both Joseph Duggar and Kendra Caldwell come from a big family and have strong faith in God. These led to a solid foundation for a good relationship.

The expansion of the Duggar family

This couple had a short duration for everything; they laid eyes on each other in March 2017, started courting in May 2017 and got married on September 2017. In December last year, it was announced that Kendra and Joseph were expecting their first child. Later in a video through a blast of blue color in the background the gender of the baby was disclosed to be a boy.

Both the families of the couple seemed very excited with the news of the expansion of their family and through twitter account, Duggar sisters shared with the world the cute pictures of the new mom-to-be.

Finally, the young couple who were eagerly waiting for the arrival of their bundle of joy got blessed with a baby boy on June 9th.

Kendra and the baby boy both were doing well and the couple expressed their happiness by stating that no matter how many babies they had in their family, the addition of a new member in the family was always a blessing and this particular blessing had brought an incomparable joy in their lives.

Baby Garrett David Duggar born on Saturday at 1:38 p.m. is the first baby for Joe and Kendra and second grandchild for Jim and Michelle Duggar born this year.