Home Sport Athletes Net Worth How Much Is Georges St. Pierre’s Net Worth? 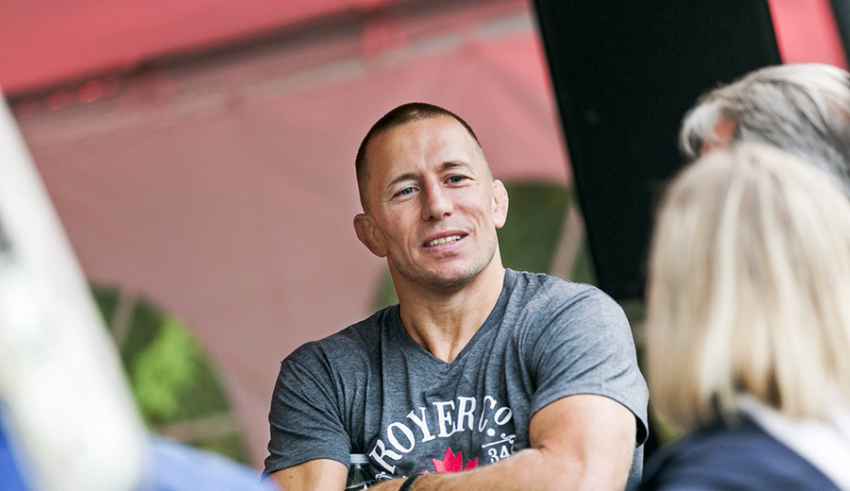 Georges is a Canadian born professional mixed martial art wrestler and probably one of the best in the business. He is a worldwide known figure due to his fights in the UFC.

St-Pierre was born on May 19, 1981, in Québec, Canada. His childhood was tough as he attended a school where he was bullied daily. Hence he started learning karate at 7 years of age to defend him.

Georges turned pro in 2002 and became fighting in the USA. His early career wasn’t as successful, but he got a shot in the UFC in Jan of 2004. He was impressive and was called back later in Oct for UFC Welterweight Championship. He was defeated by Matt Hughes at UFC 50.

Then later in 2006, he defeated Matt for the championship. He was one of the longest-serving UFC champions when he held the Welterweight Championship for 2,064 days between 2008 to 2013. He temporarily retired from UFC and conceded the title.

He rejoined UFC in 2017, this time competing in the Middleweight Division. When he defeated Middleweight champion Michael Bisping, he became the 4th MMA star to win crowned championship in multiple divisions.

Georges has publicly never admitted to any relationship. He was linked with Mandy Moore in 2012. However, he denied it and said he desires to get married someday and have as many as 5 kids.

He is also a personal friend of Canadian drug kingpin Jimmy Cournoyer. For whom St-Pierre appeared in front of a court to ask the judge to show some leniency during the trial.

St-Pierre brings in a huge crowd at UFC. Some estimates suggest he earns somewhere from 3$ to5$ million per fight. He has huge endorsement deals with Coca-Cola, Hayabusa, 888 pokers, Reebok and Bacardi. He earns 10$ to12$ million in endorsement deals along. His net worth is calculated to be around $30 million.