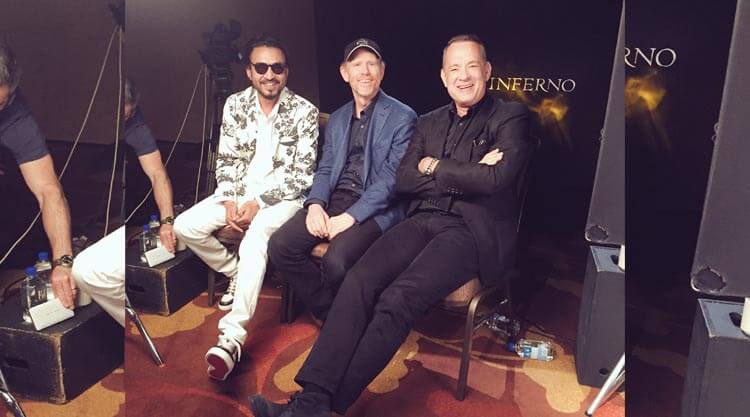 Speculations among his fan following, various other actors, directors, and co-stars etc. began as soon as he tweets the outbreak.

Even, his wife Sutapa talked about how bravely he was dealing with the disease on Facebook but she also didn’t disclose what he was suffering from. The name of the disease was still missing. Rumors were there that he had a brain tumor and many media outlets reported on the same.

Yesterday, finally Irrfan put another statement regarding his suffering.

He tweeted, “The unexpected makes us grow, which is what the past few days have been about. Learning that I have been diagnosed with Neuroendocrine Tumour as of now has admittedly been difficult, but the love and strength of those around me and that I found within me has brought me to a place of hope. 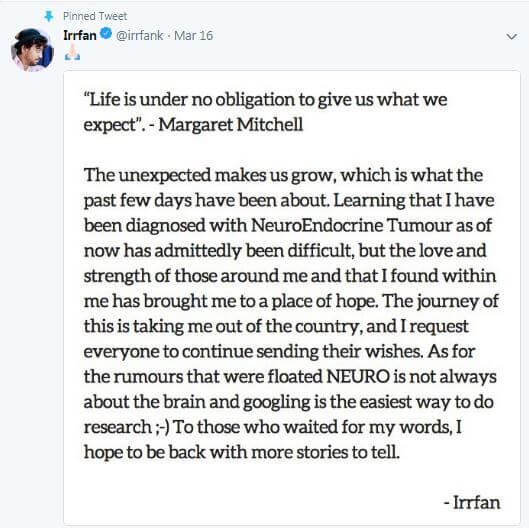 The journey of this is taking me out of the country, and I request everyone to continue sending their wishes. As for the rumors, that were floated NEURO is not always about the brain and googling is the easiest way to do research 😉 To those who waited for my words, I hope to be back with more stories to tell. – Irrfan”

He also shared a quote on life by Margaret Mitchell, “Life is under no obligation to give us what we expect”, showing that he is ready to face any kind of threat in life. No matter what hurdle would come; he would live his life, lovingly, which is great news to us.

Conclusively, whatever happened, at last, our beloved Irrfan is safe and soon he would be healthy as before.