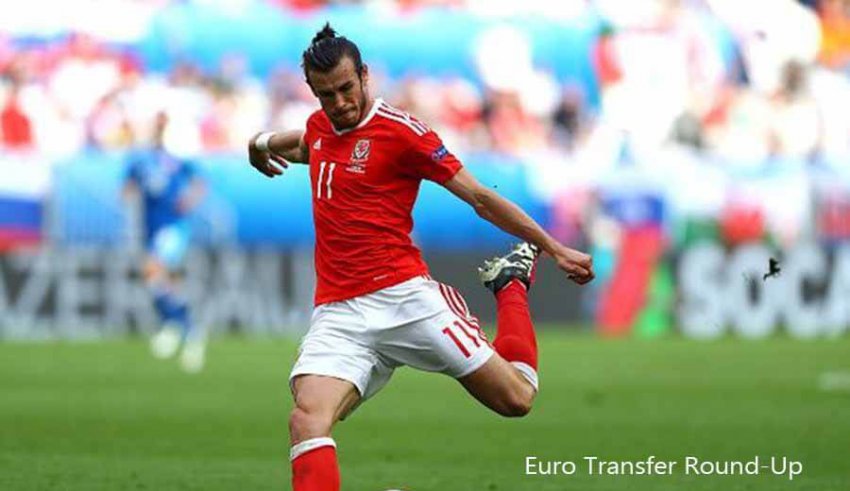 With the transfer window starting in less than a week, transfer talk heats up around Europe. Let’s take a look at some of the potentials deals that could happen in the next month.

We start off in Spain, where both Barcelona and Madrid looking to strength up. With the former looking to sign Ajax superstar Frankie De Jong and PSG Rabiot. Some sources confirming Frankie De Jong have agreed on personal terms with the Catalan club. Barcelona also eying Chelsea Andres Christensen but the move is unlikely to happen.

While Real Madrid has agreed on a £13.6m deal with Manchester City for Brahim Diaz. The midfielder hasn’t made any impact under Pep and a move is a sensible move for everyone. Madrid has also offered Isco and Kovacic to Chelsea in place of Hazard. Chelsea and Hazard have both played down the move for summer.

The Bundesliga seems to be very quiet in January, as not a lot of big moves happening. Both Bayern and Dortmund are seeking Chelsea young winger Hudson Odoi with the latter seem to be the favorite. The real challenge for team’s in Bundesliga keeps their players. With many premier league giants circling for reinforcements. Dortmund Pulisic looks to be wanted by everyone including City, Liverpool, Chelsea, Real Madrid etc.

While Arsenal midfielder Aaron Ramsey is chased by both PSG and Juventus. Unai Emery still considers Ramsey as an important part of his team but the club has refused to match Ramsey £350,000 per week demand. Ramsey contract with the gunners is only until 2019, and are willing to sell the Welsh international.

PSG are also hounded by UEFA financial rules and with Neymar not happy in Paris, wants to move back to Spain and not Barcelona but Madrid. Barcelona has also offered Ousmane Dembele and £100 million in place of Mbappe.

Juventus young defender Daniel Rugani is wanted by European Elite with both Barca and Bayern lining up offers. Gattuso AC Milan looks to be the busiest club in Italy as they are planning to buy Luka Modric and Chelsea striker Alvaro Morata in place of Higuain. The deal almost looks certain.

But the other side of Atlantic seems much worked up. All premier league clubs are eyeing one or two transfer in January. Even Man City and Liverpool are in the market. With Liverpool looking to advance sign Jordan Sancho and Thorgan Hazard as they did with Kieta. While Pep is looking for a fernandinho replacement.

United is all in, as they look to rebuild the squad. They are recently linked with Juventus duo Douglas Costa and Sandro. But will they sign anyone is hard to say seeing their track record in the recent transfer window? Chelsea is also linked with a few names namely Nabil Fekir, Higuain etc.

Stamford Bridge might see few places move in and out this window and Sarri continues to build its team. Pochettino would be delighted to see his team second in the table but the rumor mill suggests they won’t sign a big player as Daniel Levy is saving for the stadium.

Moving to another London club, Arsenal is in a bit of a pickle as Mesut Ozil and Aaron Ramsey might leave either this January or in the summer. Emery hasn’t talked much about the transfer but Arsenal is set to sign Argentina forward Cristian pavon.

That’s all the transfer rumor for the European elite but don’t expect much movement except for a few. If any happens viral telecast would be the first to notify you.