Home News You Should Know About America’s Best Theaters

Theaters often display some of the most breathtaking architecture, many of which rival some of the America’s most beautiful churches, museums, and buildings!  Whether you’re a theater regular or saw an off-Broadway show when you were a kid, chances are you’ve seen some of this amazing architecture up close.

There is no shortage of theaters in the U.S., and each one seems to be more beautiful than the last.  Here are just a few of America’s best theaters.

Built in 1809, the theater served as a hotspot in the city for many years.  Some people believe that the Dock Street Theatre is haunted, and theater visitors have reported seeing ghosts roaming various parts of the building.  One of these ghosts is believed to be that of Nettie Dickerson, a local girl living in Charleston in the 1800s.

Legend has it that one night, in a fit of rage after not being accepted into Charleston’s high society, Nettie went up to the second-floor balcony of the theatre and began shouting at people on the street below.

Suddenly, a bolt of lightning struck Nettie, sealing her fate.  To this day, many visitors to the Dock Street Theatre report seeing Nettie’s ghost roaming the halls, still wearing the same red dress as the night she died. 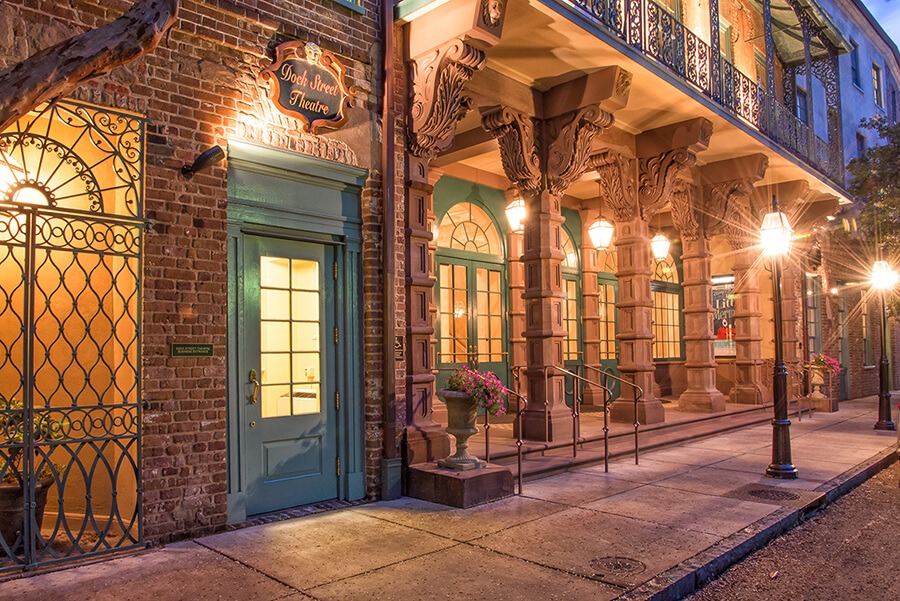 Kauffman Center for the Performing Arts

The Kauffman Center for the Performing Arts, located in Kansas City, Missouri, is definitely one of the most interesting buildings in the U.S.  The theater, which can best be described as two half-shells that house one venue each, was opened in 2011 and has hosted some of the greatest performers of our time.

Aretha Franklin, Mavis Staples, and Idina Menzel have all performed at the Kauffman Center, and the theater regularly hosts plays and orchestral concerts as well.

The Kauffman Center’s unique architecture can be attributed to seasoned architect Moshe Safdie and acoustician Yasuhisa Toyota.  People continue to attend performances at the Kauffman Center, often just to marvel at the building’s incredible design, making it one of the most popular and one of the best theaters in the country. 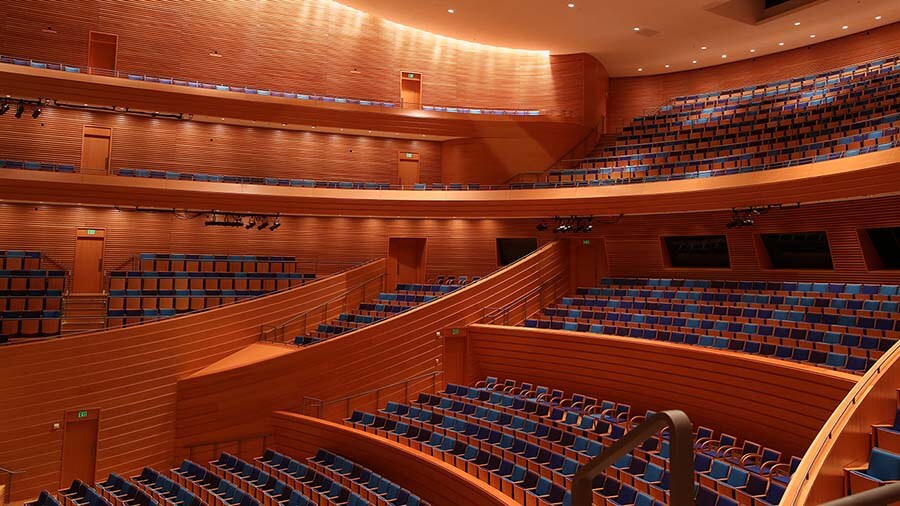 The Kings Theatre in Brooklyn, New York, is one of the most beautiful and opulent theaters in the country.  Built in 1929, the theater began by featuring mostly vaudeville shows before exclusively showing feature films.

The Kings Theatre had a good run until its closing in 1977, and it was left uninhabited until 2015 when it was renovated and reopened.  The Kings Theatre’s architecture can only be described as breathtakingly beautiful, with high ceilings, plush red carpeting, and luxurious gold details.

Today, the Kings Theatre continues to host a variety of live performances, from rock concerts to comedy shows.  Everyone from David Byrne of Talking Heads to indie band Beach House has performed or are slated to perform at the Kings Theatre, solidifying its status as one of the most iconic theatres in the U.S. 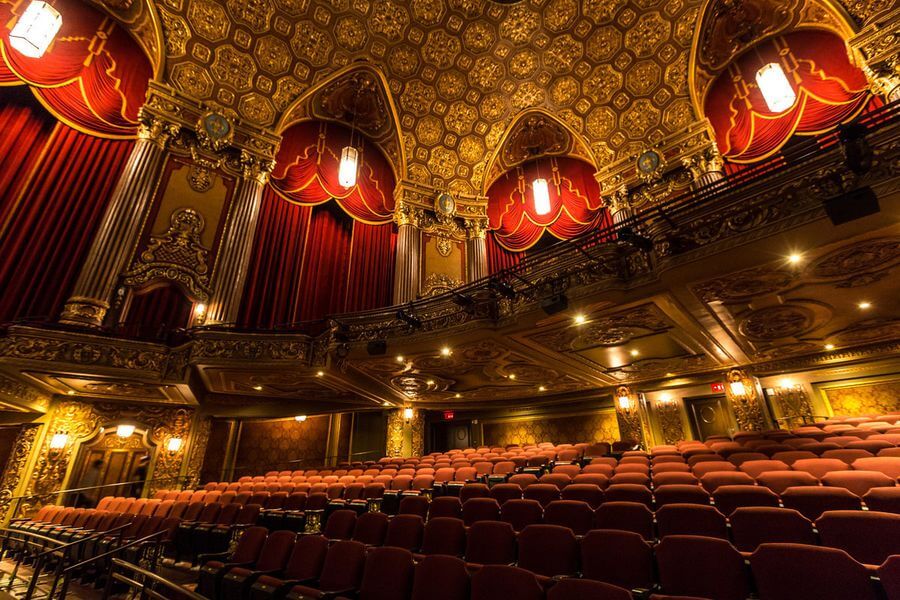 The Egg, located in Albany, New York, has an interesting name and an even more interesting design.  The building, which took over 10 years to build, opened in 1978 and is still regarded as a staple to the state’s capital city.

Over the years, The Egg has hosted a variety of events, from classic rock bands to stand-up comedy.  The Egg also hosts regular fitness and yoga classes, and the building is a popular hotspot among locals, as there is always something interesting going on.

The Egg is one of the most unique and versatile theaters in the country, and definitely worth checking out if you’re ever in the area. 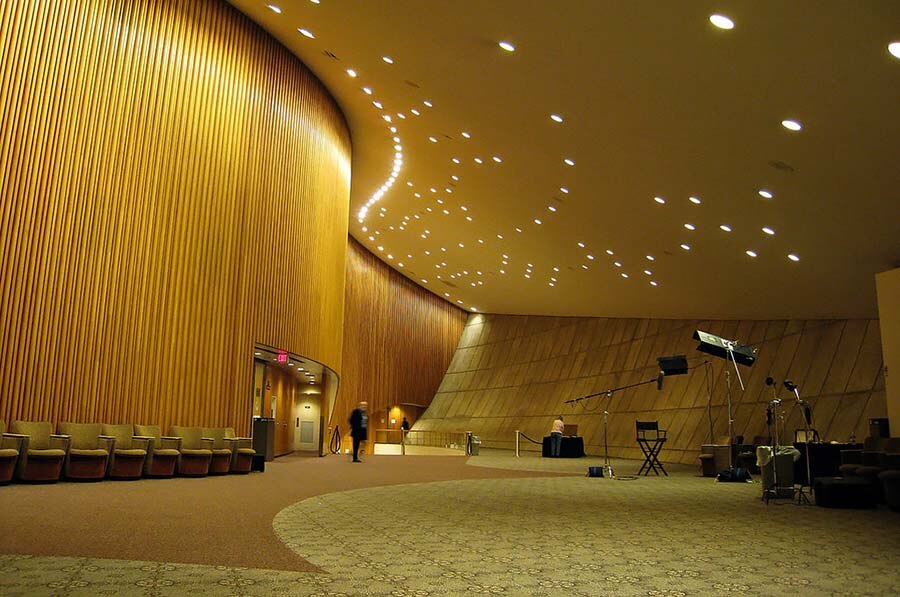