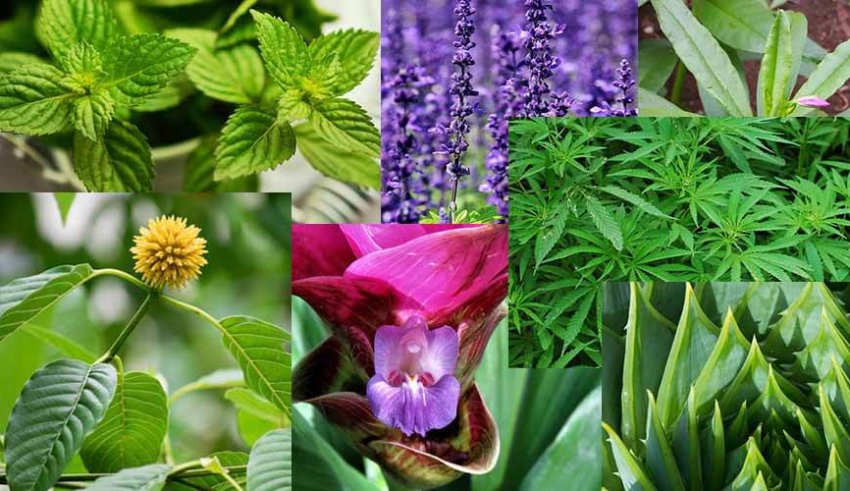 There is no questioning the fact that plants and natural substances have health benefits that human beings have been making use of for thousands of years now. After all, all the pharmaceutical and medicinal progress we see in the world nowadays are fairly recent, and people before us were getting through life with the help of these substances too.

Now, even though we realize that natural substances alone cannot replace the synthetic medicines we use, there is no question that the use of these plants and herbs in your daily life can have some amazing effects on your health and greatly improve your quality of life. Here are some of our top picks.

The cannabis plant, even though embroiled in controversy, is still one that even doctors recommend when the need arises. Sure, it can be used as a recreational drug and has a fair share of disadvantages. However, we cannot discredit the advantages it imparts to the human body.

First of all, cannabis and its by-products, like marijuana, are excellent as pain relievers. People are suffering from cancer, and other health conditions like arthritis commonly have prescription marijuana for them to help cope with the pain.

Other than that, cannabis also acts as an excellent anti-inflammatory agent and is used to reduce swelling and pain after trauma.

There has also been some research that shows cancer cells being killed with the help of cannabis. There is still more research needed on this subject, but it is still very intriguing.

Aloe Vera is almost like a wonder-plant because of all the benefits that it can have on the human health. The Aloe Vera plant has thick leaves that contain a sticky gel which is what gives us all of our benefits.

People mostly use Aloe Vera for improving their skin and hair. It can hydrate the skin, reduce acne and redness, and even reduce dandruff in the hair. Aloe Vera also has anti-inflammatory properties that make it amazing for applying on wounds as well to prevent swelling and redness.

Other than that, Aloe Vera can also be consumed as a refreshing drink. When consumed, it can help keep your digestive system healthy. It prevents flatulence and bloating. Other than that, it can also relieve constipation.

Ginger is a spice that is mostly used in Asian cuisines and anything with a kick. However, ginger also has medicinal properties that make it extremely beneficial to our health.

For example, ginger is one of the best anti-inflammatory agents that occur naturally. You can use it in your food or make a tea out of it so that you can reduce inflammation in your internal organs. Inflamed organs are usually precursors or signs of diseases.

Ginger also has a lot of anti-bacterial and anti-fungal properties that make it excellent for fighting infections as well.

Ginseng is another spice which looks quite like ginger and is used in similar Asian cuisines. And just like ginger, ginseng has a lot of other benefits to it too.

Ginseng is a highly potent antioxidant which can prevent inflammation and signs of aging. Other than that, it also works wonders for the brain. Ginseng can also strengthen the immune system which can prevent a large number of infections and diseases from affecting you.

There has also been some talk about how ginseng can fight cancer cells and prevent cancer as well.

Kratom is another rather controversial entry in our list, but it is a plant with so many health benefits to it that we cannot possibly deny it any due credit.

Kratom is excellent for pain relief, recovering from addictions – especially opiate addiction, improving the mood, relieving anxiety and depression, and for imparting a feeling of general well-being to the human body.

It is not labeled as a drug but its effects are quite potent, and large doses of Kratom can also make a person addicted to it. However, there has not been enough research on Kratom to label it safe or unsafe, which is why Kratom’s Canada legality is a bit of a problem.

Lavender flowers and its by-products, like a lavender essential oil, have excellent health benefits as well. It is great for the healing of wounds and breaking down scar tissue. Other than that, Lavender can also reduce inflammation in the body.

It is also great for reducing anxiety and depression, which is why lavender flowers and essential oils are often used for aromatherapy.

The peppermint plant also has a large number of benefits attached to it. For example, it is great for reducing bloating, for diarrhea, and other digestive issues like Crohn’s disease, and Irritable Bowel Syndrome.

Peppermint also works wonders for the respiratory system as it can reduce nasal congestion and relieve asthma, coughs, and colds.